Farm Pants Are Becoming a Thing Around Here 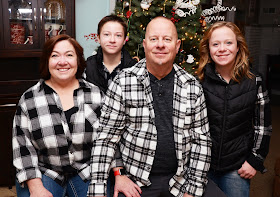 It's time for my annual Christmas letter as blog post. Actually, it's a month late, but how much does it matter, really?

About this time last year I was making fun of Clark’s farm pants, and ironically, now I have farm pants too. Several pairs. I wear them on the weekends when I should be relaxing, but surprisingly I’m not.

There are things to be done, you know.

In fact, Peanut Head made a multiple page spreadsheet for all the things that need to be done around here, color coded by priority and difficulty level. For real. And one day last spring he came right out and declared one of our weekend days “Family Ditch Day.” He did. Just like he was King. It was so bizarre, that we were stunned into compliance. Now you might be thinking that “Family Ditch Day” sounds like it could become a fun family tradition, but I’m here to tell you that it’s not a day that we want to repeat. We know we will have to though. L

Peanut Head and I are physically and mentally preparing ourselves for Zoë to leave the nest in the fall when she goes off to college. I’m not ready, and I probably never will be. Regardless, it’s going to happen whether I want it to or not, so I’m going to hold her close as much as I can this year. 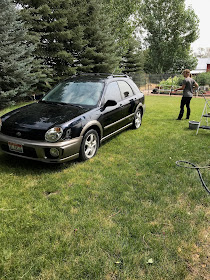 The best part is that we spend less time driving them to and from all their activities. Zoë has been enjoying the freedom that comes from having wheels, and she now has a job at Cal Ranch. She started out as a cashier, but quickly moved to the floor where she can sling bags of feed and restock shelves. 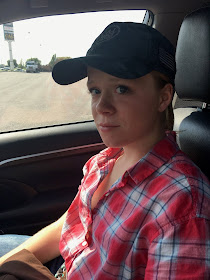 Zoë also has a boyfriend, but we’re not even going to go into that because ick. We choose denial.

Stinkerbell is still doing Marching Band and Pep Band, and has also added Jazz Band to the mix. 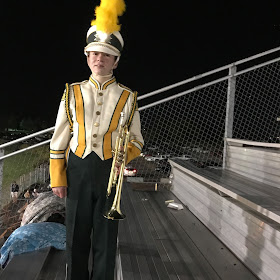 She’s also still in Civil Air Patrol, and it doesn’t look like that is going to go away. Peanut Head was also sucked into it as a leader, and now they both have lots of extra responsibilities and grooming requirements. Stinky has set her sights on trying to get into the Naval Academy for college and then going into the Marine Corps as an officer. Of course I am completely against that because DANGER! It doesn’t matter what I think though. She is her own person and she always has been. I will cry when the day comes that she leaves me, I’m not going to lie. 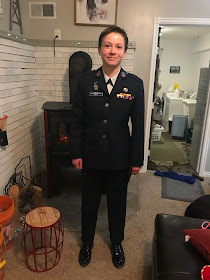 The horses are good. The two that we were boarding moved to Boise, and it’s strange not having them around.

Gunny is good, still dumb as a post and very happy.

We got another dog this year. His name is Bane, which I’m not a fan of, but he’s five and probably wouldn’t appreciate a name change. I lucked out and found him on Facebook where his owner was trying to rehome him. He is a 170 lb. Great Dane/Mastiff mix, and he is the sweetest big galoot I have ever laid eyes on. I love him more than I ever thought possible for a dog. He’s my baby.

My only complaint is that he drools. I’m not talking about elderly person sleeping with their eyes open drooling, I’m talking DROOLING. Long strands of thick, stringy drool which hang down from his jowls precariously, taunting germaphobes everywhere (Stinky and I). We have a dozen or so hand towels that are just for Bane’s drool.

When we see the drool, we run to clean it up before he tries to shake it off his face. When that happens one of two things will result. Either the long strands wrap around his snout in a slimy rope, or they let loose and fly in an unpredictable trajectory, usually splatting on a wall somewhere, although there are still uncharted territories that remain. We count ourselves lucky when it doesn’t hit us. Walls can be easily cleaned and there is no mental anguish involved.

Lucinda and Cecilia are still alive and meowing. I’ve been begging for a kitten, but so far nada. It’s my Christmas wish. [Wink. Wink.] We need a baby in the house. 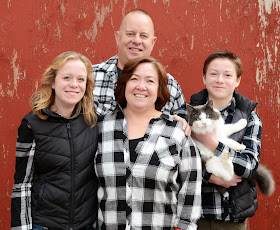 We still have the two goats, Clementine and Trinity. Clementine is a bully and she has taken to slamming Gunny up against the fence when he gets too barky or she’s just feeling PMS-ey. She doesn’t mess with Bane though, because 170 lbs. is intimidating, I guess.

If you can believe it, we have eleven chickens now. Eleven. Who has eleven chickens?  We do. [Actually, since I wrote this letter it's now an even dozen. It's like we're chicken magnets or something.]

Zoë is responsible, as usual. It’s the same old story, although a slightly new variation. She was taking an animal science class. They hatched babies. She brought babies home. Three were hens and one was a rooster. We were never going to have a rooster. We now have a rooster. He’s ugly, and he’s mean. 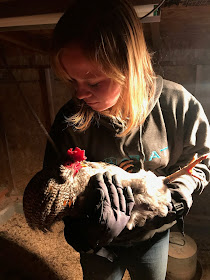 You can be walking along the driveway, innocently minding your own business, and he runs up and starts attacking you. If there’s one thing that ticks me off it’s a rooster provoking me. The embarrassing thing is that it’s surprisingly more difficult to kick a rooster and be successful in actually connecting the kick than you might think. Maybe it’s just me. I’ve found that I’m more effective if I just turn and start chasing him while crazy screaming. 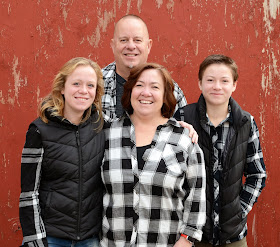 We haven't had a dull moment since we moved to the country, and I have to admit, I wish we would have made this move a lot sooner than we did.

No complaints though. We are very thankful for everything we have, and most of all for each other and our health.

Here's to another year. Late as it is, Happy New Year! I hope it's a good one for you.